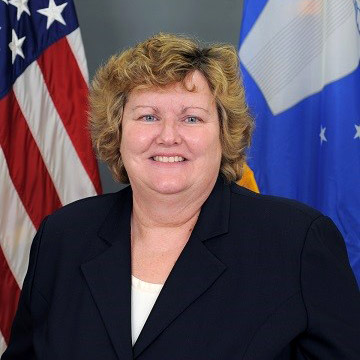 Eileen M. Vidrine is the Air Force Chief Data Officer, Headquarters, United States Air Force, Washington, D.C. She develops and implements strategies for enterprise data management, analytics, and digital transformation to optimize performance and drive innovation in and across all missions and operations.

Ms. Vidrine began her government career in 1986 as an enlisted member of the U.S. Army and was commissioned in 1987 through the U.S. Army Officer Candidate School Program as a Transportation Officer. Later in her Army career, she was selected and integrated into the U.S. Army Acquisition Corps. She began her civilian career as a senior faculty member at the Joint Military Intelligence College and led the college’s technology transformation as the first Director for the Center for Educational Technologies.