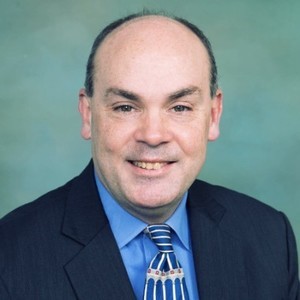 Andrew D. Stewart is a National Security and Government Senior Strategist for Cybersecurity at Cisco Systems, Inc. He works across Cisco’s Global Government practice but focuses primarily on National Defense and Intelligence. He has been with Cisco for the last 4 years after retiring from almost 30 years in the U.S. Navy where he last served as the Chief of Cyber Operations for Fleet Cyber Command/U.S. TENTH Fleet. Andy also served as the Commanding Officer and Program Manager for Navy Cyber Warfare Development Group (NCWDG) / Commander, Task Force 1090, responsible for the Navy’s Cyber Warfare operations and innovation enterprise for rapid capabilities development and ACAT-II program of record. During his tenure, NCWDG received the 2016 National Security Agency Director’s Trophy. He is a
graduate of the Sellinger School of Business, Loyola University Maryland and the Cybersecurity and Policy Executive Program from the Harvard Kennedy School.  He is also a graduate from the Naval Postgraduate School Monterey, CA, the United States Naval Academy, the National Defense University, and the Naval War College.