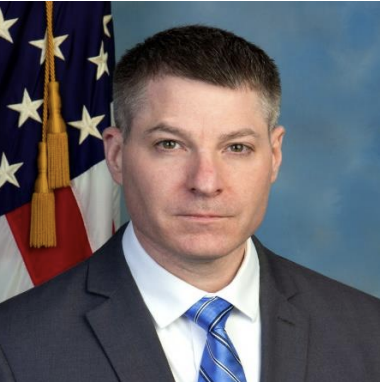 Bryan Vorndran is the Assistant Director of the FBI’s Cyber Division. Mr. Vorndran joined the FBI as a Special Agent in 2003. He was first assigned to the Washington Field Office, where he primarily investigated criminal enterprises trafficking cocaine and heroin. In 2008, he spent five months as part of the International Contract Corruption Task Force in Afghanistan. He was promoted to Supervisory Special Agent in 2009 and was assigned to the Counterterrorism Division at Headquarters; he was promoted to Unit Chief in 2012.

In 2013, Mr. Vorndran was named to lead the Washington Field Office’s Joint Terrorism Task Force. He was promoted to Assistant Special Agent in Charge of the cyber and counterintelligence programs at the Baltimore Field Office in 2016. The next year, he was promoted to Chief of the Strategic Operations Section of the Counterterrorism Division at Headquarters.

Mr. Vorndran was named a Deputy Assistant Director of the Criminal Investigative Division in 2018. As a Deputy, Mr. Vorndran oversaw FBI programs intended to help dismantle transnational criminal organizations impacting the United States, combat violent and gang-related violent crimes, and counter crimes against children.
In 2019, Mr. Vorndran was named the Special Agent in charge of the New Orleans Field Office.

Before joining the Bureau, Mr. Vorndran was an engineer for The Procter & Gamble Co. and for Merck & Co. He earned a bachelor’s degree in civil engineering from Lafayette College in 1998 and a Master of Business Administration from the Ross School of Business at the University of Michigan in 2012.