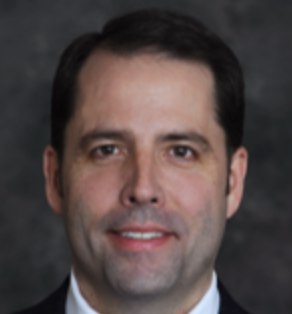 Chad Sweet is a Co-Founder of The Chertoff Group, a global advisory firm and investment bank exclusively focused on the security sector. Mr. Sweet formerly served as the Chief of Staff of the United States Department of Homeland Security (DHS). Prior to becoming Chief of Staff of DHS, Mr. Sweet worked as an investment banker at the firms of Morgan Stanley and Goldman Sachs as well as served in the CIA's National Clandestine Service. As the Chief of Staff of DHS, Mr. Sweet helped support the formation of the first Comprehensive National Cybersecurity Initiative (CNCI) as directed by the President. The CNCI was then used as the primary framework for the government-wide effort to begin significantly upgrading the US Federal governments IT defense posture. As one of the Senior Leaders of DHS, Mr. Sweet also participated in multiple joint Federal and State cybersecurity simulated attack exercises including Cyber Storm - one of the largest simulated exercises testing our nation's cyber defenses at all levels of government.

After leaving DHS, Secretary Chertoff and Mr. Sweet co-founded The Chertoff Group to consult with companies and governments on their own security as well to advise on mergers and acquisitions in the security industry. Since leaving DHS, Mr. Sweet has continued to work on cybersecurity policy issues as a Senior Fellow at George Washington University’s Homeland Security Policy Institute, as the Co-Chair of the Heritage Foundation’s National Security Legal Working Group, a member of White House’s National Cyber Moonshot Initiative. Mr. Sweet is serves on several boards of cybersecurity companies. Before his Firm exited their ownership positions in them, Chad served on the cybersecurity company Boards of Coalfire Systems and Delta Risk. He currently serves on the Boards of ZP Group (which recently sold its cybersecurity subsidiary Crypsis), Salient CRGT and is the Chairman of Trustwave Government Services. He is a member of The Association for Corporate Growth National Capital Chapter, GEN NEXT, and the Young Presidents'; Organization (YPO) - U.S. Capital Chapter. He is also a frequent commentator on cybersecurity issues for CNN, FOX, and CNBC. Mr. Sweet graduated with honors from Columbia University.