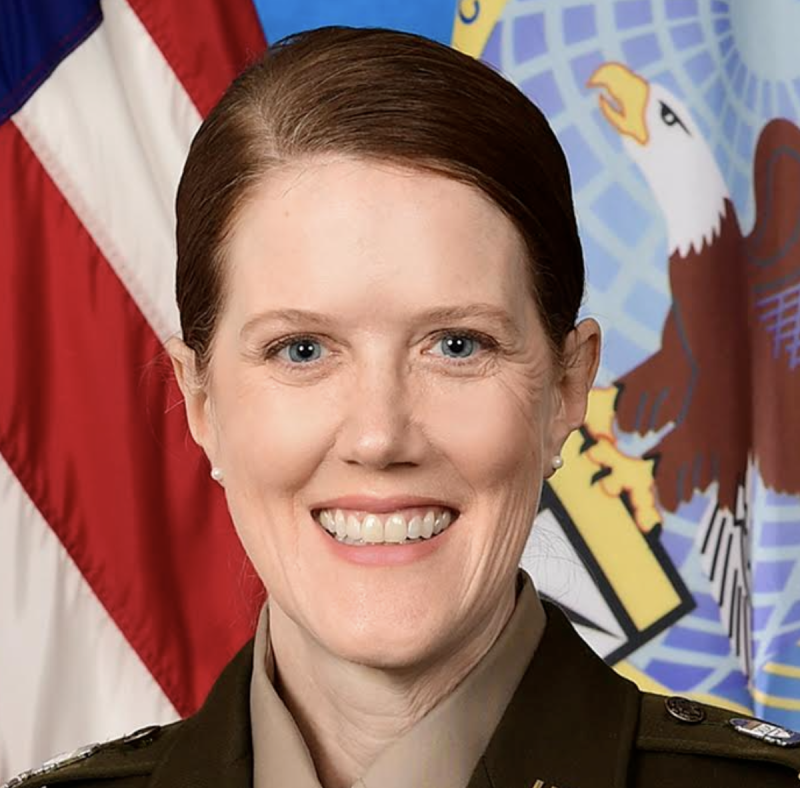 Colonel Candice E. Frost is the Commander of the Joint Intelligence Operations Center at Cyber Command where she is responsible for providing and producing the intelligence required to support the
Cyber Commander and staff, subordinate component commands, joint task forces, and the national intelligence community. As the commander she focuses on delivery of accurate, timely, and complete
intelligence to U.S. Cyber Command. Her team provides intelligence for planning, execution, and assessment of its missions to direct, operate, and secure Department of Defense networks, systems,
and data; deter or defeat strategic threats to U.S. interests and infrastructure; and support achievement of Joint Force Commander objectives. Colonel Frost received her commission from the United States Military Academy at West Point, NY branching into Military Intelligence with the United States Army. Within the Army she has served at all levels of Military Intelligence from tactical, operational, to strategic levels of both analysis and command. Most recently, after her Battalion Command, she completed a War College Fellowship at the Central Intelligence Agency and then served as the Director of Foreign Intelligence for the Army G-2 in the Pentagon. Colonel Frost’s deployment experience includes Operation Enduring Freedom, Afghanistan (2011), Operation Enduring Freedom, Afghanistan (2005), and Stabilization Force XI, Bosnia (2002).