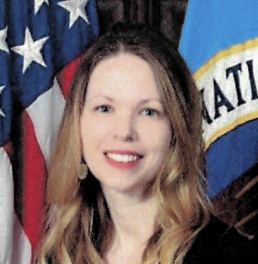 Ms. Holly Baroody is the Deputy to the Commander, Cyber National Mission Force (CNMF), where she is responsible for supporting the CNMF Commander in overseeing and guiding full spectrum cyberspace operations to deter, disrupt, and if necessary, defeat adversary cyber and malign influence actors in order to Defend the Nation.

Ms. Baroody has served in the Intelligence Community since 2002 when she joined the United States Navy as a Cryptologic Technician. Her first duty station was in Yakima, Washington, where she worked as a signals analyst. In 2005, she was among the first in the Navy to transition to the Cryptologic Technician Networking field. She went on to serve on NSA's Red Team where she conducted simulated adversary computer network operations in support of NSA's cybersecurity mission. She transitioned to NSA as a civilian in 2009, where she has served in a variety of roles within Computer Network Operations (CNO) that have provided her broad and deep perspective of computer network exploitation operations. She served as an executive assistant to the Assistant Deputy Director Operations from 2016 to 2017, and re-joined the CNO organization in 2017 as the Deputy Chief, and then Chief, Joint Cyber Product Group where she helped to form the new organization and establish a robust partnership with USCYBERCOM and NSA's Cybersecurity Directorate. In that role, Ms. Baroody was responsible for the management and execution of computer network exploitation operations for foreign intelligence purposes and provides support to US Government offensive cyberspace operations efforts. Ms. Baroody joined CNMF as Deputy to the Commander (Dttc) in June, 2021.

Ms. Baroody graduated from University of Maryland Global Campus with a Master's in Cybersecurity Technology.

Ms. Baroody strives to embody the servant style of leadership and believes in empowering individuals and teams toward clear strategic goals, enabling innovation, and building bridges across the Intelligence Community to achieve common objectives in support of our Nation's security and defense. She seeks continuous self-development and is an avid reader. She invests in the growth of others through actively coaching and mentoring junior and mid-level personnel as they navigate their careers.