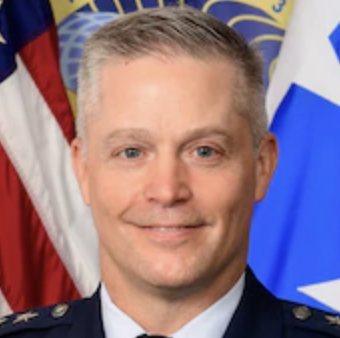 Lt. Gen. Haugh received his commission in 1991 as a distinguished graduate of the ROTC program at Lehigh University. He has served in a variety of intelligence and cyber command and staff assignments. The general has commanded at the squadron, group, wing, NAF, and joint levels and served on staffs at major command, agency and combatant command headquarters. Lt Gen Haugh’s previous joint general officer assignments include serving as the Commander, Cyber National Mission Force, and the Director of Intelligence, U.S. Cyber Command.