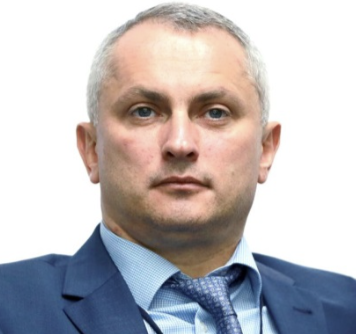 Held various positions in the internal affairs government institutions of Ukraine since 1994. For high achievements in military and professional sphere was awarded the state award "For Impeccable Service" of the III degree.

Until 2015, held senior positions in the Ministry of Internal Affairs of Ukraine in the departments of counteraction to the cybercrimes and economic crimes.

From 2015 to 2019 held the position of Chief of the Cyber ​​Police Department of the National Police of Ukraine. Under the direct leadership of Serhii Demediuk, Ukraine has successfully implemented a project to create and establish the first law enforcement unit specializing in the detection and investigation of cybercrime - Cyberpolice.

Married. Has two daughters and a son.