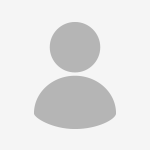 Chief of Analysis for the Center for Cyber Intelligence, CIA

Sylvia Moran has been Chief of Analysis in the Center for Cyber Intelligence (CCI) since late 2019 and served as CCI's Deputy Chief of Analysis the two previous years. Before CCI, Sylvia served as a PDB Senior Reviewer, Chief of Analysis for a department in Near East Mission Center, and head of the group handling collection analysis. She has also had tours at NCTC, the Foreign Broadcast Information Service, and other government agencies. Sylvia joined CIA in 1992 as a political analyst working Gulf issues and went on to cover the Near East as an analyst and manager. Sylvia earned an M.A. in International Affairs from George Washington University in 1992 and a B.A. in Political Science/International Studies from Dickinson College in 1990. She resides in Herndon, VA.