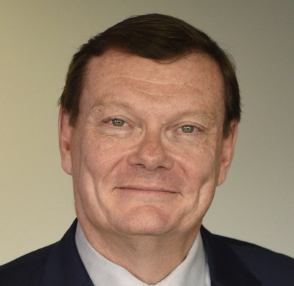 Terry Halvorsen serves as general manager for IBM’s Federal Market organization. Before joining IBM, Halvorsen spent over three decades with the federal government in senior and influential roles including as the Chief Information Officer (CIO) for the Department of Defense (DOD) and CIO for the Navy. Before joining IBM in October 2020, Halvorsen was CIO and executive vice president for IT and mobile for Samsung Electronics. In addition to his civilian government career, Halvorsen also served as an Army intelligence officer during Operation Just Cause in Panama and Operation Desert Storm in Kuwait and Iraq. Halvorsen’s work in the government has been recognized twice with a Federal Computer Week Federal 100 award, in 2010 as the senior civilian at the Naval Network Warfare Command on its Cyber Asset Reduction and Security initiative, and in 2016 as DOD CIO on cloud computing and the Joint Regional Security Stacks. He has also received both the Meritorious and the Distinguished Presidential Rank Award for Civilian Executive Service. Halvorsen holds a bachelor&#39;s degree in history from Widener University and a master&#39;s degree in educational technology from the University of West Florida. He is a Rotary International Paul Harris Fellow and an Excellence in Government Leadership Fellow.