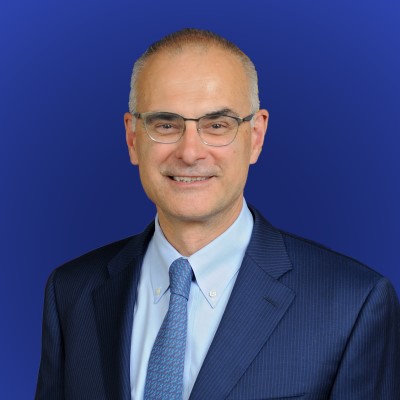 Mr. Michelli served as the Acting Deputy Chief Information Officer for Cybersecurity within the Department of Defense (DoD), Office of the Chief Information Officer. Mr. Michelli was responsible for ensuring the department has a well-defined and well-executed $8 billion cybersecurity program. He was responsible for coordinating cybersecurity standards, policies and procedures with other federal agencies, coalition partners and industry.

Most recently, Mr. Michelli was the Acting Principal Deputy, Chief Information Officer where he assisted the Acting DoD CIO as the primary advisor to the Secretary of Defense for Information Management, Information Technology (IT) and Information Assurance, as well as non-intelligence space systems; critical satellite communications, navigation, and timing programs; spectrum; and telecommunications. Additionally he provided oversight to DoD’s $45 billion IT budget.

Prior to the DoD CIO Mr. Michelli was the CIO and Deputy Assistant Commandant, U.S. Coast Guard, for Command, Control, Communications, Computers, and IT (C4IT). In this role, he guided the development of C4IT and cybersecurity strategic policy and governance, and oversees the acquisition, design, engineering, operation, maintenance, and recapitalization of the Coast Guard’s $1.5 billion C4IT infrastructure.

Mr. Michelli joined government service in 2006 after spending time in the private sector. In the federal sector, he served as the Chief, Information Operations Division for the Defense Threat Reduction Agency (DTRA). He subsequently jointed the Defense Logistics Agency (DLA) in several senior leadership roles, including serving as the DLA’s first Director of Intelligence. He ultimately was appointed to the Senior Executive Service in 2010 and was the DLA’s Executive Director of Enterprise Solutions, J64. Following DLA, he was the CIO for U.S. Immigration and Customs Enforcement (ICE), Department of Homeland Security (DHS) in Washington, D.C.

Prior to this government service, Mr. Michelli served as the Director of International IT Operations, and Director and CIO, Europe, Middle East, and Africa for Cushman & Wakefield, a global commercial real estate firm. He also served as the Chief Technology Officer for the Army Business Unit for General Dynamics Information Technology.