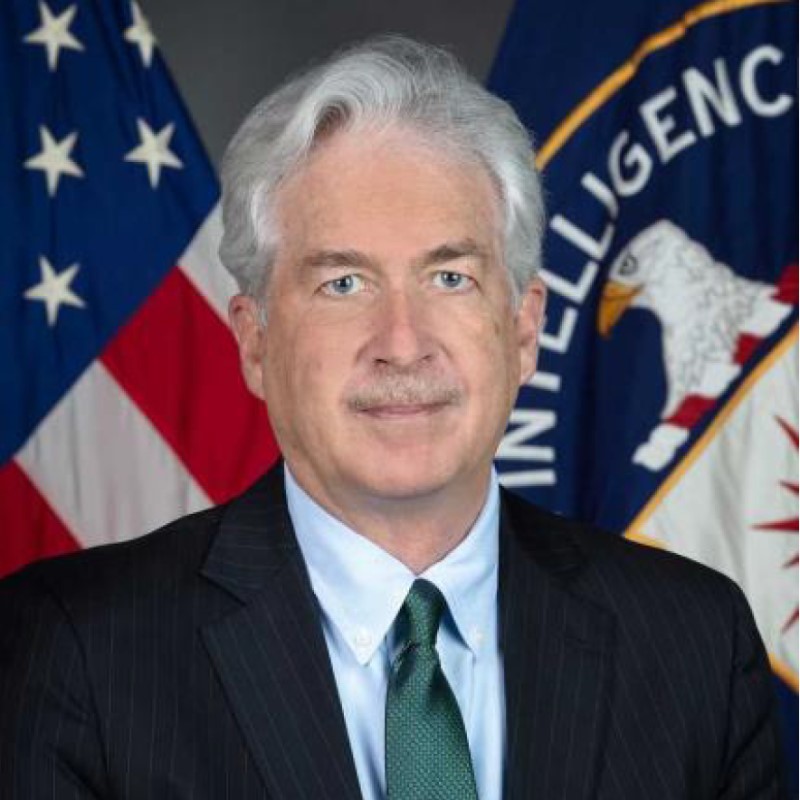 Bill Burns was officially sworn in as Director of the Central Intelligence Agency on March 19, 2021, making him the first career diplomat to serve as Director. Director Burns holds the highest rank in the Foreign Service—Career Ambassador—and is only the second serving career diplomat in history to become Deputy Secretary of State.

Director Burns retired from the State Department U.S. Foreign Service in 2014 before becoming president of the Carnegie Endowment for International Peace.

Director Burns is a crisis-tested public servant who spent his 33-year diplomatic career working to keep Americans safe and secure. Prior to his tenure as Deputy Secretary of State, he served as Under Secretary of State for Political Affairs from 2008 to 2011; U.S. Ambassador to Russia from 2005 to 2008; Assistant Secretary of State for Near Eastern Affairs from 2001 to 2005; and U.S. Ambassador to Jordan from 1998 to 2001. He was also Executive Secretary of the State Department and Special Assistant to former Secretaries of State Warren Christopher and Madeleine Albright; Minister-Counselor for Political Affairs at the U.S. Embassy in Moscow; and Special Assistant to the President and Senior Director for Near East and South Asian Affairs at the National Security Council.

Director Burns received three Presidential Distinguished Service Awards and the highest civilian honors from the Pentagon and the U.S. Intelligence Community. He is the author of the bestselling book, The Back Channel: A Memoir of American Diplomacy and the Case for Its Renewal (2019). He earned a bachelor's degree in history from LaSalle University and master's and doctoral degrees in international relations from Oxford University, where he studied as a Marshall Scholar.